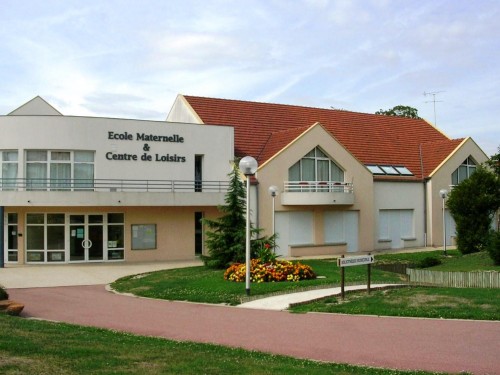 The towns signed a twinning agreement in August 2010.

Veneux-Les Sablons is situated approximately 70 km south of Paris in the Seine-et-Marne department, at the confluence of the Seine and Loing rivers and on the edge of the large forest of Fontainebleau. The town has a population of 4,800. It was formed from the merger of two hamlets, Nadon and Les Sablons, which had been in existence since the 12th century.

This is predominantly an agricultural and wine-growing region. The small town exudes a special charm, created by about 10 km of narrow alleyways lined with stone walls, which run alongside fruit and vegetable plots.
The wine and cheese festival held annually on the first weekend of September draws large numbers of visitors and is a big attraction for buyers and consumers of traditional French produce.
Here you can literally enjoy a sense of joie de vivre, surrounded by typical French hospitality. Sights worth seeing and modern facilities include the library with its leisure centre and the Camille Varlet art school, the community centre with dance hall, the Boulodrome (boules centre) and the town hall. The landscape painter Alfred Sisley (1839 – 1899) lived and worked in Veneux – Les Sablons for some time.