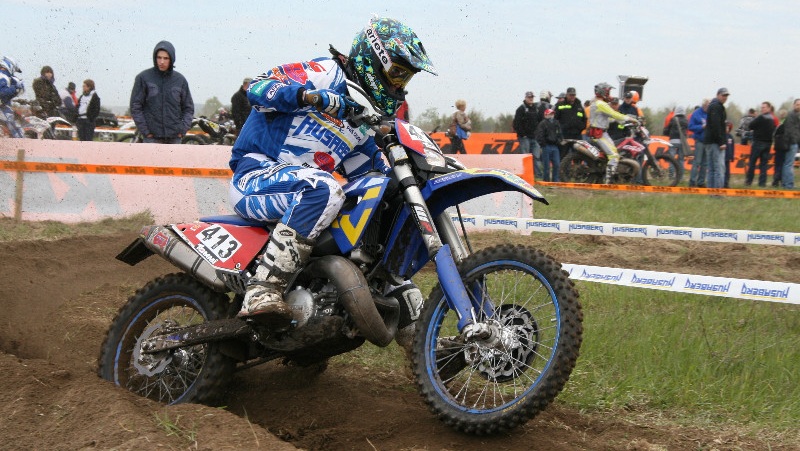 Every year in October, hundreds of competitors try to master this challenging course. Both, regional and international riders, take part in this traditional competition. The 85km long course around Zschopau is gathered with thousands of people every year and offers its audience a unique atmosphere which is also well-known outside the Ore Mountains. 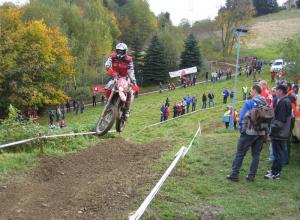 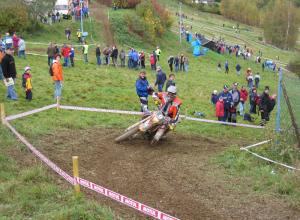 A Short History of the Enduro Race in Zschopau

Originally, Enduro racing was known as a cross-county sport for motorcycles and has a long tradition in and around Zschopau. In the 1930s, a new kind of sports was created by Walter Kaden and Walter Winkler. This sport was originally called “Reliability Race” and established itself as an important kind of sport in the following years.

After the end of the Second World War, the MZ factory reached world-wide fame within this discipline. Many victories - in national and international competitions - were achieved by the factory's athletes. Especially remarkable was the fivefold win of the Team World Championship by Werner Stiegler, Bernd Uhlmann, Horst Lohr, Peter Uhlig, Hans Weber and Werner Salewsky.

Within the recent years, the sport was made a figurehead for Zschopau by such reputable names like Frank Schubert, Kurt Seidel, Manfred Jäger, Harald Sturm, Uwe Weber, Jens Scheffler up to Mike Heydenreich and Udo Grellmann, who are regarded as representatives of all the active members of the club. The triumphant time of the organization of the World Championship had its peak in June 1990. After the German reunification, there was a great collapse as the factory went into liquidation which resulted in the end of these sporting events.

However, some teenagers from the neighbouring village of Witzschdorf tried to revive the olden days with a small village race. Throughout the years, this idea was developed into the annual "November Enduro" with its first German Championship taking place in 1997.

Due to the support of international recognized athletes, the competition was given a tremendous boost in the years od 2000 and 2001. More than 50.000 guests came to Zschopau to experience this one of a kind sport with their own eyes.  Due to this huge support, a traditional attraction was revived in Zschopau and the town gained a lot of positive feedback for organizing such kinds of events from all over Europe.

The following facts indicate the dimensions of this sport