Ancient fortifications, castles, churches, half-timbered houses, mills, and different memorials lead our historically interested visitors to an excursion into the past.

The town centre of Zschopau has been listed as official historic monument due to its still existing medieval town layout.  Between the years 1634 and 1748, most of the buildings within the town wall burnt down repeatedly. The majority of today's buildings were erected in the middle of the 18th century, after a fire destroyed the city for the last time. Besides important single monuments characterizing the townscape, such as Wildeck Castle and the Church  of St. Martin, it is the extraordinary amount of town houses from the second half of the 18th century which dominate the architecture of the town centre. The town wall, which is still preserved in its major parts, was built as late medieval fortification in 1495. However, it is only visible in the area of the Körnerstraße as it has been included in town's development afterwards. 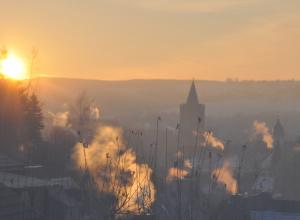