The town's library was opened in 1863. The founder, Georg Jacob Bodemer, provided 714 books concerning the scientific fields of theology, educational theory, literature, history, geography and natural sciences. The library was located within the town hall.

After moving several times, the library can now be found at Wildeck Castle. It is located in the restored rooms of the western wing of the fortification. In 2003, it was re-named after its donator "Jacob Georg Bodemer".

In 2013, the library celebrates its 150th anniversary.

There are about 35.000 media on different scientific topics available. Besides printed media, the users can choose from a variety of other media - DVD, CD, CR-ROM, audio books. Since the beginning of 2013,  also electronic media is offered which can be found in the online library LieSa. These media can be lended out to registered users arond the clock.

New members are always welcome. You can register at any time. There is charge of 3 Euro per year (single reader) resp. 4 Euro (family ticket). To have a look at our body of literature, visit: http://sachsen.internetopac.de

Since 1994, a friends' association exists to support the library in events and public relations. 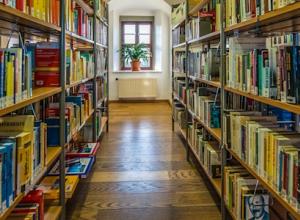 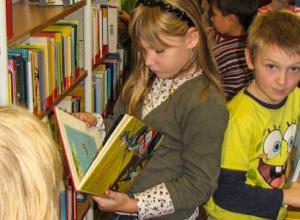 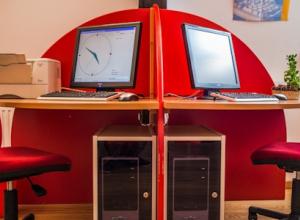