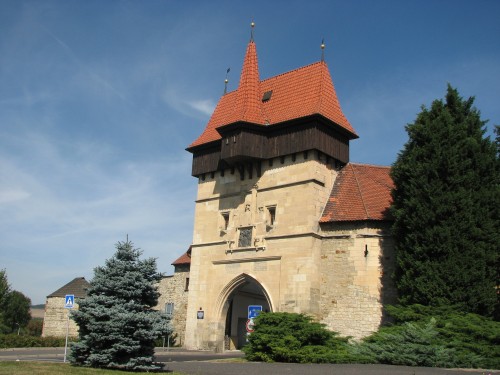 A partnership treaty between the town Louny and the town Zschopau had already been signed in 1972.

The treaty was renewed by the majors of the two towns in 1991.
To give the exact date of the foundation of the town seems to be an insoivabie Problem for the historians, but there is no doubt that there was a small viifage in the 9th Century near the River Eger, which was connected to St.-Peter's-Church.

In the middle of the 13th Century one of the kings of Premys founded the town and gave it the statur of a royal town. In 1925 the town was mentioned in a document for the first time.

Architectural monuments of the town are remains of the late Gothic town fortifications with the Saazer Gate (1500), St.-Nikolas-Church, which was built from 1518 to 1541 and which is an important church building of Bohemia, medieval frescos in the church of Slavetin as well as the Castle Krasny vur.