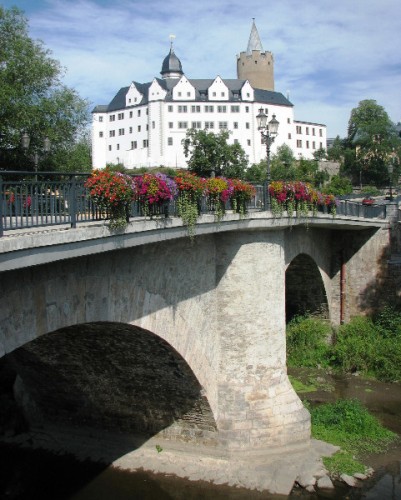 Framed by wild and romantic woods, steep rocks ans open fields, the historic town of Zschopau is situated in the middle of the Ore mountains. Its name derives from the river running through the town, as Slavic settlers used to name their settlements after their natural characteristics. The word stem "skapp" in Zschipau means "rock, cliff" resp. "to crack, to dig" and illustrates the rural features of the river. Subsequently, the name was transferred to the place as it was suitable for establishing a town because one of the three "Bohemian paths" (German: Böhmische Steige) crossing the river exactly at this point. This path was an important trade route between Leipzig and Prague for the transportation of salt and, thus, called "Salzstraße" (lit. salt street). Within this time, the thick "Miriquidi Forest" commenced to be cultivated and settlements along the path were established. 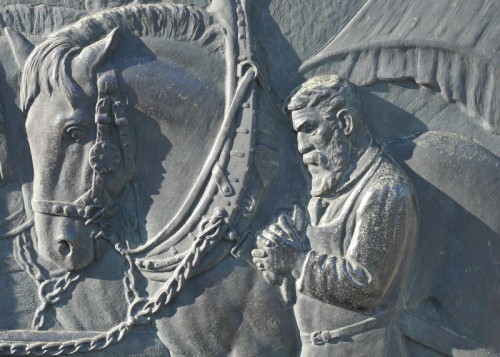 Even today, it is still possible to follow a small part of the historial trade route by walking down "Lange Straße" and passing the Stone Arch Bridge which was built near the ford in 1815. On the bridge, a plaque is attached depicting a tradesman with his horse and cart. It bears the inscription "Zschap mei Gees"(lit. Zschopau my Jesus) and serves as a reminder of the strain the tradesmen had to go through by passing the rough area and thick and dangerous forests before finally arriving in the safety of the town. 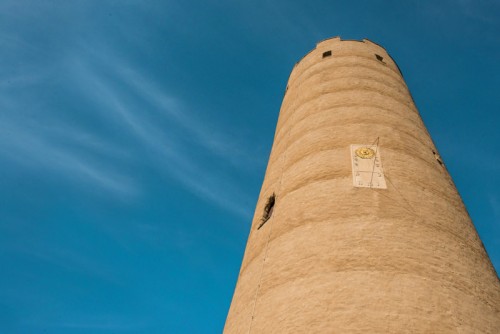 Zschopau was officially documented for the first time in 1286. However, another source from 1292 conveys even more meaning because then, the town was classified as "civitas" (fortified city). Nonetheless, even before that a detached tower, the keep "Dicker Heinrich" (lit. fat Henry) had been built on top of the hill in order to protect the river crossing and the street. This tower, which was also used for living, has been known as the oldest building in Zschopau for a long time (built in the 2nd half of the 12th century). Then, it was only 20 metres high and, out of strategic reasons, its entrance was located at a height of 14 metres. The tower was re-opened as viewing platform for visitors in 1992 and offers a unique view over Zschopau and the surroundings.

In 1999, an old ring wall from the original castle was detected in the castle grounds during construction works took place. After some research on the findings, archaeologists confirmed that the wall was built in 1170, whilst the castle around the tower was erected afterwards. This historical construction provided security for the growing town which was further developed by its fortification. 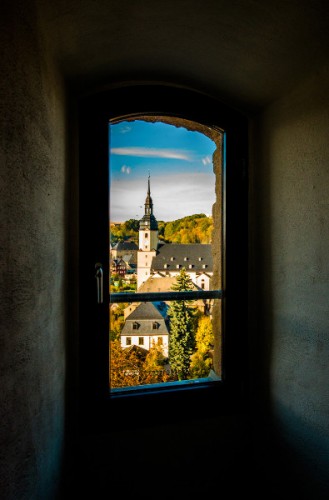 The Church of St. Martin, the town hall, and the town wall were built in 1494/1495. Unfortunately, the church was damaged by several fires throughout the time. Therefore, the gothic enclosing walls which were part of the original building can only still be seen in the area of the chancel. The church, as we know it today, was rebuilt in 1751 and can be identified as baroque single nave church. Within St. Martin's, the classicistic altar from 1858 and the baroque organ are explicitly remarkable.

Besides the already existing trade and manufacturing of clothes, the mining industry started in Zschopau at the beginning of the 15th century. In the local shafts, galena (a kind of lead) with a small amount of silver and iron ore was won.

In 1493, Zschopau gained the privileges of a "Free Mountain Town" (German: Freie Bergstadt). However, the "Great Silver Mining Rush" (German: Berggeschrei) did not fully arrive in Zschopau and the town was not able to compete with the recently developed mountain towns Schneeberg, Annaberg and Marienberg. Information on the original mining industry, the geology and mineralogy is available at the visitors' mine "Holy Trinity" (German: Besucherbergwerk "Heilige Dreifaltigkeit") which is open to guests and includes an educational trail.

The castle was transformed into a hunting chateau under the guidance of the electoral prince (German: Kurfürst) Moritz of Saxony in 1545-47. Thus, the castle did not only include festive and representative rooms but also became the seat of the Higher Forestry and the Game-keeping authorities. Furthermore, it was the centre to control the wide-ranging forests. Cornelius von Rüxleben is probably the most well-known representative of this department. He was a protégé of the prince elector August (not to be confused with the Saxonian King August The Strong).  Due to the growing numbers of hunting societies of the prince electoral, Rüxleben bought two town houses which were converted into a noble house with a beautiful renaissance-styled portal. Today, this very building serves as town hall. 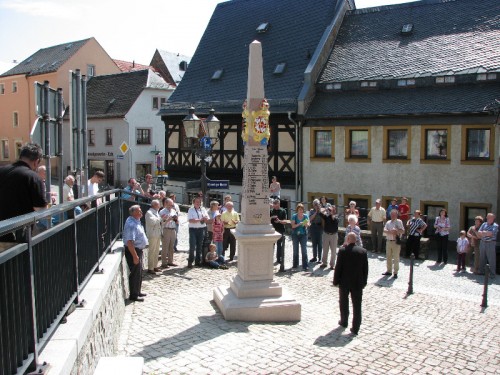 In 1710, Zschopau was included in the historic post service and the in April 2009 newly erected post milestone as well as the "Posthalterei" (the building of the historic post office) are still reminders of that time. Within the ongoing industrialisation and the improvement of the railways, the time of the arriving mail coaches ended in Zschopau, too.  At the beginning of the 19th century, a stone bridge was built across the river and only shortly after the completion of its framework, about 100.000 soldiers and their baggage train (14.000 carriages) marched to the Battle of Nations in Leipzig. They did not only cross the new stone bridge and the old wooden crossing, but also quickly erected temporary bridges for the infantry. During that time, a lot of crafts- and tradesmen settled in Zschopau and a strong textile industry started to develop. It were the two big cotton mills by Bodemer and Hübler turning Zschopau into a famous and well-known industrial location. 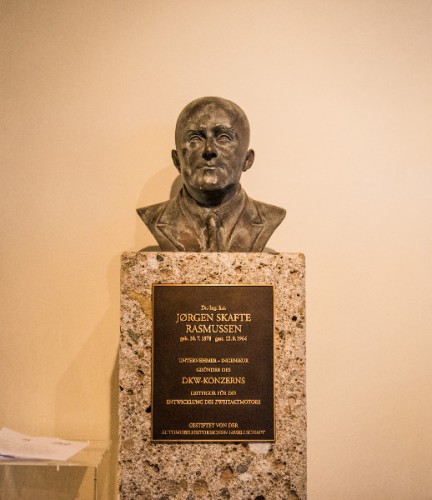 In 1907, Jorgen Skafte Rasmussen, a Danish engineer, started to build valves under his own direction and he and his fellow engineers developed the two-stroke engines for DKW.  This was the starting point for Zschopau to reach world-wide fame with its motorbikes and company name "DKW"/ "MZ" (after the reunification of Germany "MuZ" and later called "MZ" again).

Zschopau was a district town from 1952 until 1994 and became a great district town on the 1st of January 1999. Today, 10.500 inhabitants live in Zschopau and its districts Krumhermersdorf, Ganshäuser and Wilischthal.